Winter Academy on International Arbitration “Beyond the Imaginable Borders: Transformation of Arbitration”

On January 11-16, 2021, the Russian Institute of Modern Arbitration held the Winter Academy on International Arbitration “Beyond the Imaginable Borders: Transformation of Arbitration”.

Work on the Winter Academy project began in the spring of 2020, at the height of the first wave of the coronavirus pandemic. We hoped that in January 2021 we would be able to meet in frosty Moscow and to hold the Academy offline. However, as is well known, in the autumn of 2020 the second wave of the pandemic began around the world, and we made the difficult decision to move the Winter Academy online.

Despite the shift to the online format, we have kept the program of the Winter Academy in full. The program included five days of general and special courses on various aspects of international arbitration: from issues of validity and enforceability of arbitration agreements and choice of law to specific issues of cultural differences in the conduct of arbitration proceedings and the art of cross-examination.

Among the participants of the Winter Academy were practicing lawyers from Russia, Ukraine, Cyprus, Argentina, Peru and India. All participants completed the written assignment on international arbitration and were selected on its basis by the Advisory Committee, consisting of three lecturers from the Winter Academy: Peter Pettibone, Anna Grishchenkova and Daria Zhdan-Pushkina.

The Academy was held in English. In order to make courses as interactive as possible and create the effect of presence, we have developed a special online platform, with the help of which participants and speakers could not only receive information about the courses and participate in online classes, but also communicate with each other, with lecturers and organisers.

Winter Academy on International Arbitration “Beyond the Imaginable Borders: Transformation of Arbitration

Within five days, the participants of the Academy attended classes, which were divided into four blocks: general courses, special courses, trainings and guest lectures.

General courses focused on such fundamental issues as drafting a valid and enforceable arbitration agreement (Andrey Panov) and the choice of applicable law in international arbitration (Daria Zhdan-Pushkina). Each course consisted of three sessions, including a case study.

At the master class on oral presentations in arbitration, Baiju Vasani spoke about the art of public speaking for lawyers, as well as techniques that are best to avoid.

After five days of in-depth studies, the participants of the Winter Academy took part in the moot court. The parties to the moot court were expected to analyze the case, which was based on claims arising from the construction agreement of an oil platform in the Barents Sea. Participants addressed the questions of enforceability of the arbitration clause, the exercise of a party’s right to choose an arbitrator, challenging an expert, arbitrability of a dispute in the context of bankruptcy, the use of virtual hearings and others. In addition, during the hearing, participants of the Winter Academy were given the opportunity to practice cross-examination skills in regard to witness and expert.

The arbitral tribunal in the moot court consisted of the Winter Academy’s lecturers - Anna Grishchenkova, Baiju Vasani and Peter Pettibone, the latter being chosen as the presiding arbitrator. The arbitrators not only provided useful comments at the end of the oral hearing, but also prepared an arbitral award for the participants based on the results of the moot court proceedings.

The Winter Academy would not have taken place without the incredibly valuable support of organisational partners, sponsors, and media partners.

Thanks to the general partner – Ivanyan & Partners Law Firm, and the partner – Petrol Chilikov Law Firm – we were able to cover part of the costs of developing an online platform and preparing marketing materials for the Winter Academy.

We also express our gratitude to the organising committee of the Winter Academy, which for a week (and in fact, much longer) were in touch on a round-the-clock basis: Yulia Mullina, Katarina Piskunovich, Ekaterina Baliuk, Valeria Butyrina and Valeriya Teslina.

Finally, we are very grateful to all the lecturers and participants of the Winter Academy, who ultimately made it one of the brightest and most powerful educational projects in international arbitration.

Feedback on the Winter Academy

I would like to thank you for creating the Winter Academy. Hesitant at first, I didn’t regret taking part in the online format of the Academy. Though, I could imagine how it would be even better offline. First of all, the choice of the tutors are remarkable. They all are not only knowledgeable and experienced practitioners, but professionals who are still passionate about law and legal practice. It is very inspiring. Second, the format of lectures coupled with a moot court section at the end makes everything we learned practical and real. I enjoyed every part of it! Finally, the participants from different practice areas and countries had made studying even more interesting and engaging. Thank you for making all that work together!

This was an outstanding opportunity that managed to deal with the current pandemic circumstances in an excellent manner. In my case, I would say that most of the time I felt like we were all there in Moscow listening to the go-to group of professors that took part on the Academy. Both tutors and organisers grant the credit for making this as dynamic as possible, and the moot court was the perfect ending for a week that was as demanding as fruitful.

The Winter Academy benefits from an impeccable administration and a sophisticated and diverse group of participants who bring about great energy, enthusiasm and their own knowledge and experience. I found the session I have conducted to be very rewarding: I have enjoyed the interaction and dialogue with the participants during the class and afterwards. 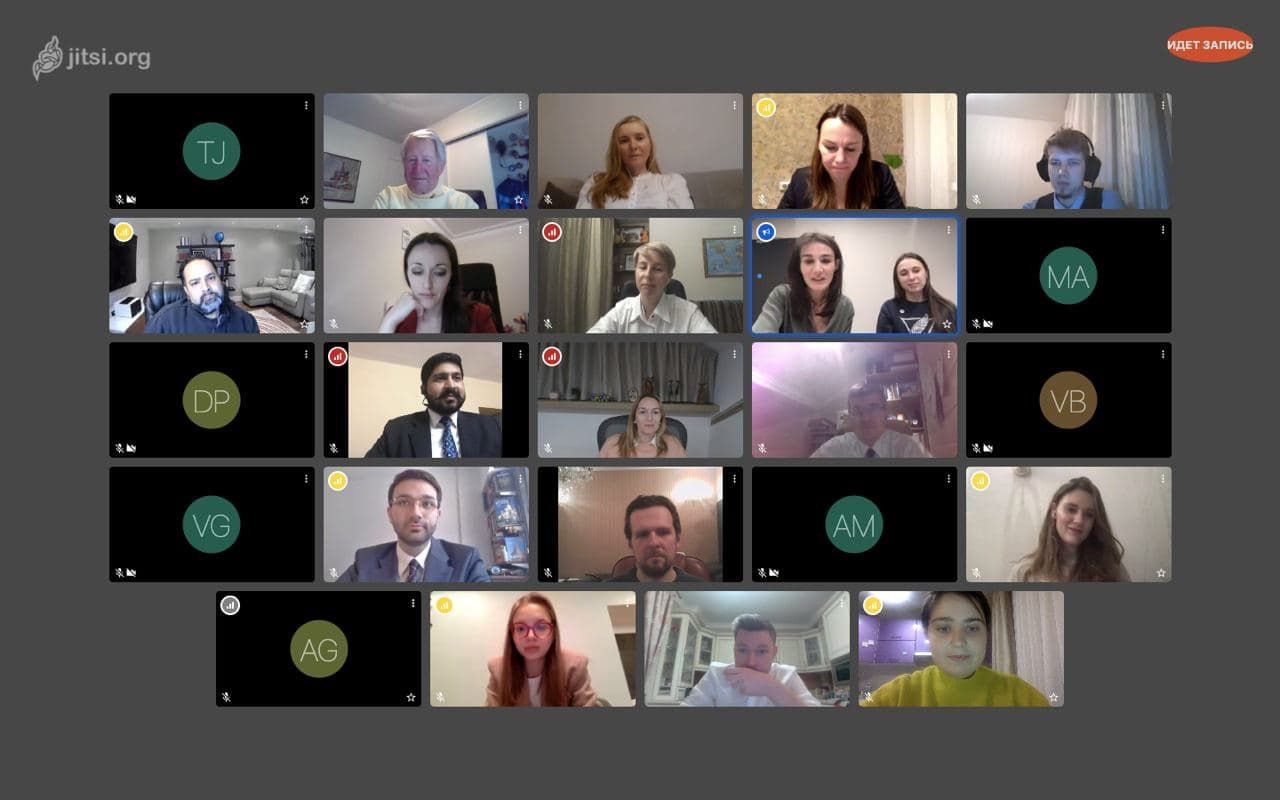